At the prestigious setting of the Academy of Luxury, was held the meeting organized by ADGI-section Milan "Make Fashion Not War".

With this event we wanted to dedicate the International Women's Day to the women who are "on the front line" in particular to the situation of Afghan women for whom ADGI-Sez Milano since August 2021 has been carrying out an initiative called "Eva e la Guerra-dispacci dal fronte".
Eva e la guerra (Eve and the war) is a project born in the wake of the war events on the Afghan front, to spread the culture of peace, to draw attention to situations of intolerable human rights violations, to give voice where silence cries out. 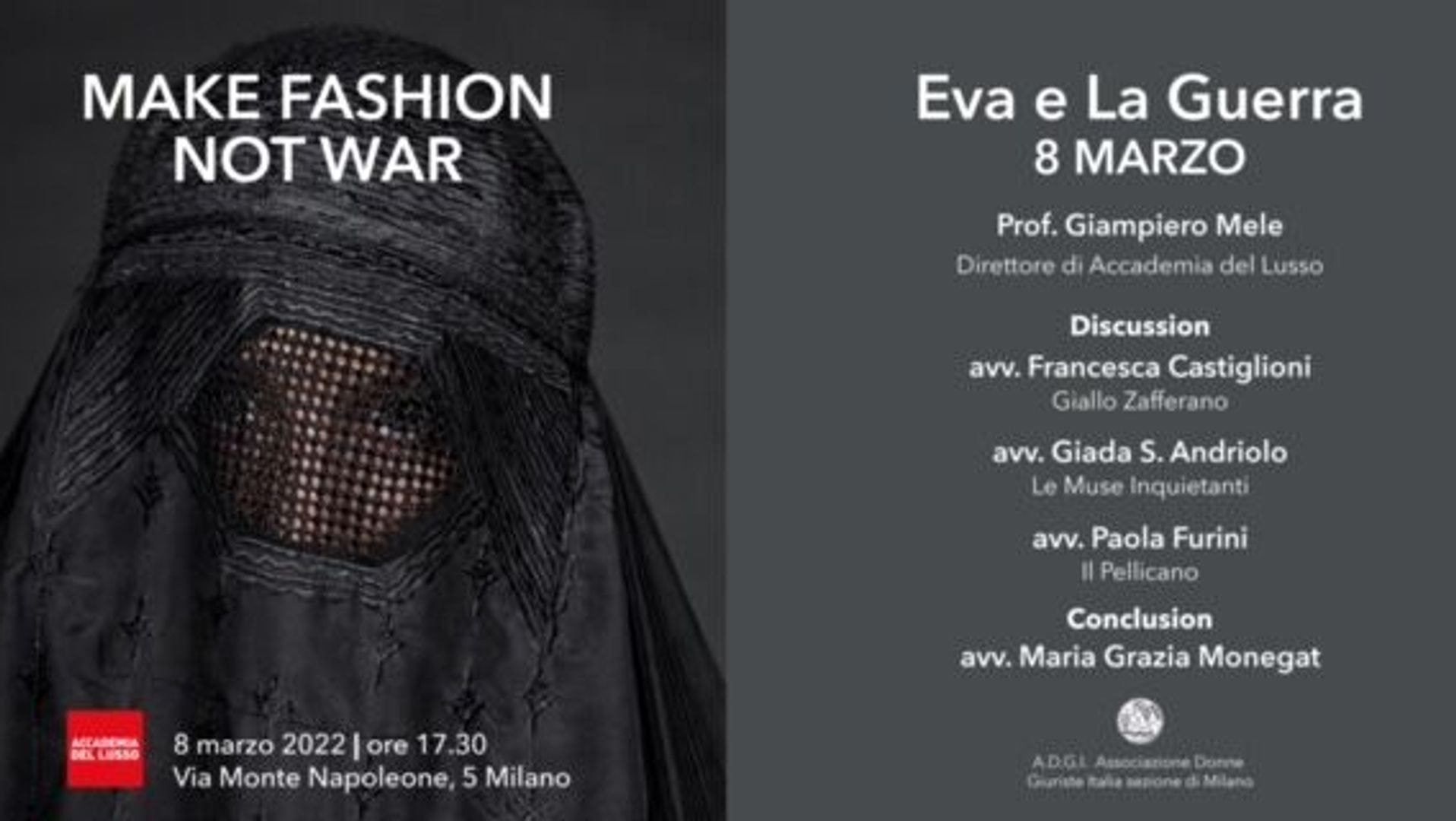 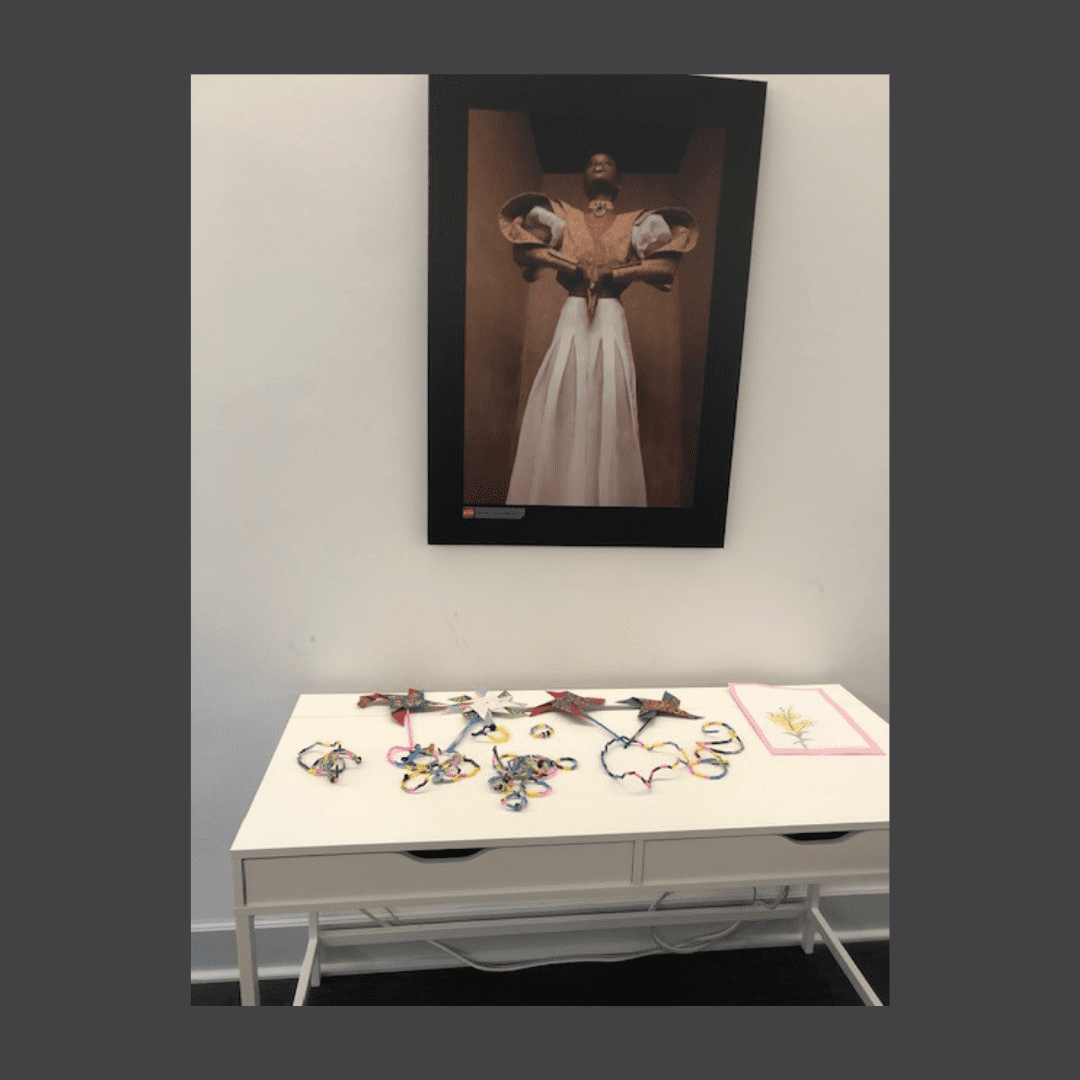 The title is inspired by the first novel by Oriana Fallaci: Penelope at War.
Penelope becomes Eve, the first woman, progenitor of the human race: for us the Woman, every Woman.

Following the rules of non-hostile communication Eva, the Woman, correlates with the war and therefore, without incitement, to the war becomes Eva and the war is a dispatch that spreads universal messages to protect fundamental rights.
Already the project has been accepted, thanks to the collaboration with the Consulta Interassociativa of Milan, for its first presentation in the setting of Palazzo Cusani, the representative seat of NATO, on November 25, 2021, the International Day for the Elimination of Violence against Women, with the testimonies of three women, who for now have been saved from the horror of the Front: Fatima, Hajar and Somaya.

Their voices have given testimony of the serious violations of human rights, but also of the hope for a different future.

Eva e la Guerra project is not a mere editorial project, but it also has the purpose of creating and maintaining a network so that words are translated into facts and have concrete results. And so it was. In fact, for example, during the meeting on March 8, 2022, we were able to learn from the words of the Soroptimist Maria Luisa Frosio of the commitment that is being put in place to allow the arrival in Italy of an Afghan girl, currently a refugee in Pakistan, and the Afghan national women's cycling team; all women persecuted by the Taliban regime. Not only that, the Accademia del Lusso has made available some scholarships just for the Afghan women and to allow them an easier entrance in Italy and a dignified life in our country. 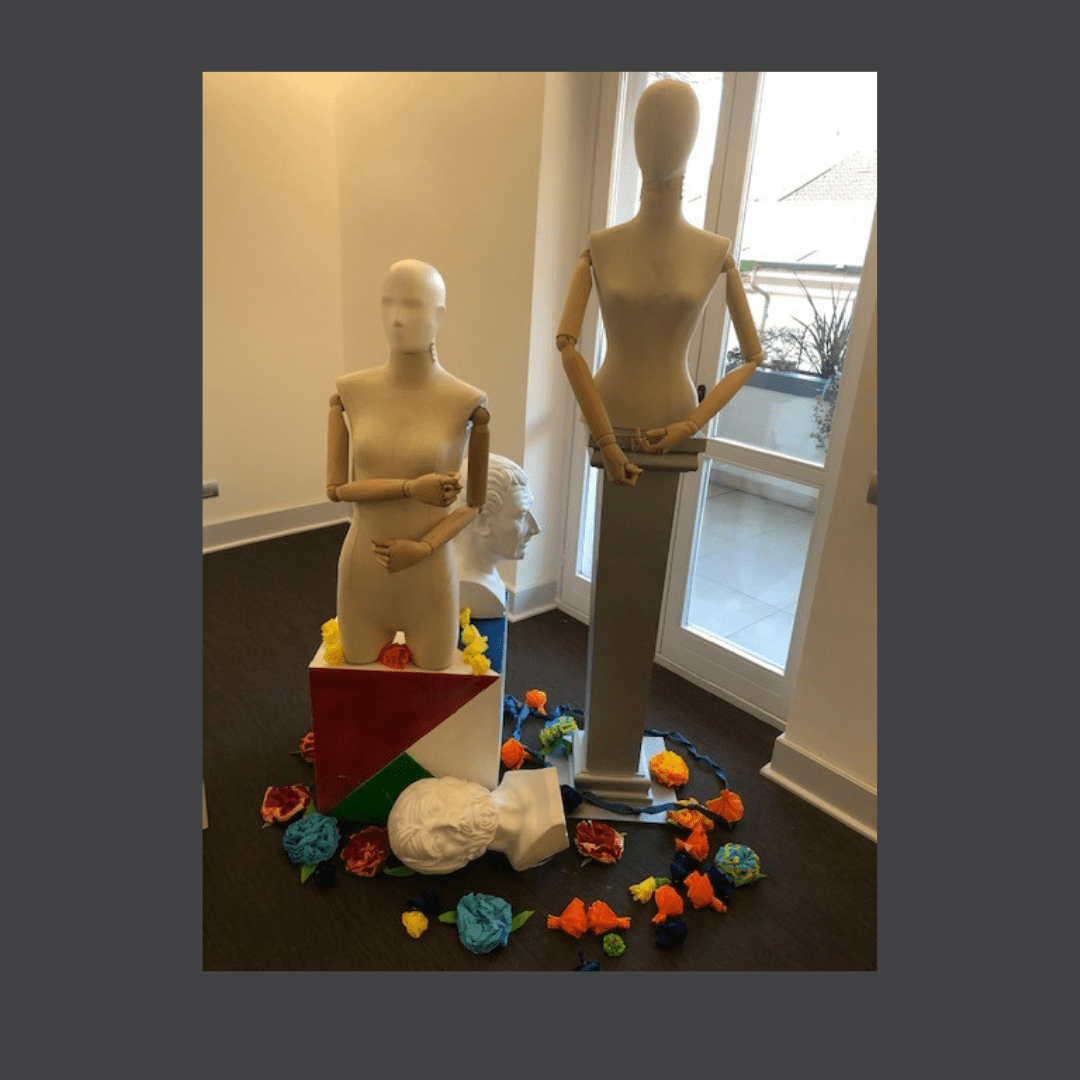 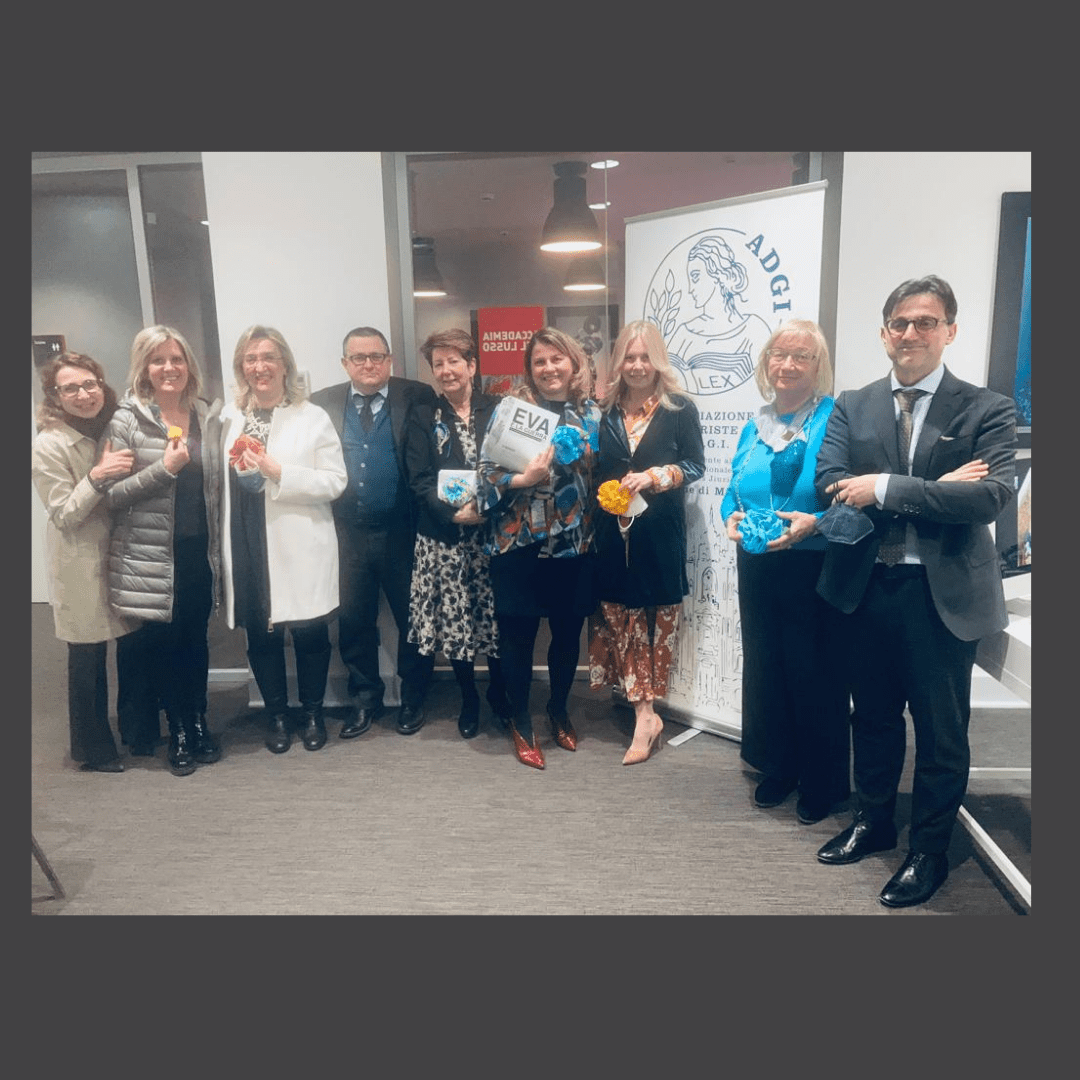 "Eva e la guerra" also has the ambitious intent to spread the culture of peace, equality and respect for human rights. For this reason the preparation of the location had the contribution of some elementary school children (in particular the pupils of class IV B of the Santa Giuliana Falconieri school in Milan and Bianca and her friends) who made flowers and other decorations, reflecting on the issue of Afghan Women. Some of them were also present in person at the event others followed remotely.

March 8, 2022, on the occasion of International Women's Day, ideally linked to November 25, Accademia del Lusso has also become an ambassador of the culture of non-violence, a witness against all war and discrimination, becoming part of the Friends who, with ADGI Milan, have created this roundabout with Human Rights and Women's Rights at the center.